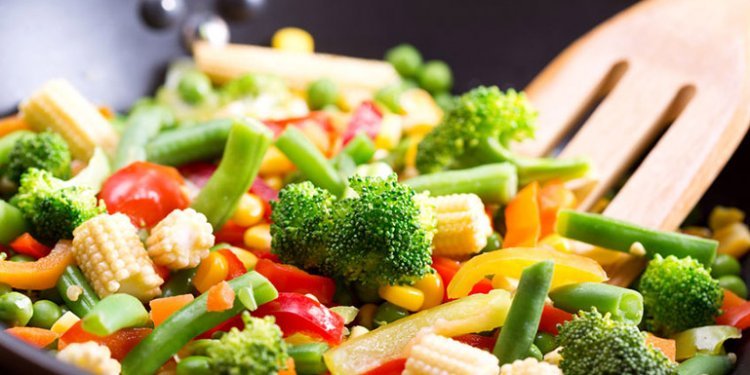 As a vegan, do you dread eating out at Fast Food joints? Do you avoid invitations from friends because you fear there will be zero menu options for you once you reach the restaurant?

It’s a common problem, but if you take the time to look around, you’ll find that more and more fast food restaurants are catering to vegetarians and vegans.

To help you out, I’ve compiled a list of some fast food and casual restaurants that offer reasonable vegan options. There are many more restaurants, but I’ve narrowed it down to the eleven I believe offer the best variety.

We’ve done the research for you at OwnTheMeal. So, keep reading and then plan a fun meal out with your friends this weekend, confident that you know in advance exactly what you’ll order.

You might not expect a place known for it’s gourmet burgers to make the list, and it’s true that the Red Robin menu is not loaded with vegan options. However, the options they offer are really good.

Red Robin gets points from me for their hummus plate because it offers a unique option to having a salad as an appetizer. The zucchini they include with it does have cheese, so be sure to ask for a substitute of other veggies, and swap out the garlic bread, since it is buttered.

There’s also guacamole, and salsa. Just be sure you ask your server to include only corn tortillas for dipping, as they usually bring flour tortillas as well, which contain cheese.

For the main course, there’s a Boca Original Vegan patty on a whole grain bun.

For side choices, their fries, both regular and sweet potato, are vegan. They also have broccoli, apples, carrots, black beans and fruit salad. Learn more about ordering at Red Robin from Peta Lifestyle’s blog.

If you assume all bagels are vegan, you’re wrong. These sound innocuous enough, since the basic ingredients are yeast, flour, salt and water, right?

However, many bagel shops use egg wash on top, and some even use L. Cysteine as a dough conditioner, which just happens to be made from duck and chicken feathers. Gross.

Bruegger’s also offers a vegan hummus, which makes for a great lunch option, especially if you top it with some of the many vegetables available. Now if they would just come up with some vegan cream cheese.

Freebird’s makes the list in part because they offer four vegan tortilla options. In addition, the refried beans are vegan, which is pretty much unheard of.

Two varieties of rice, including Spanish and cilantro lime are available and also vegan. In addition to the great refried beans, the black beans and pinto beans are vegan, too.

One caution about eating a burrito at Freebird’s is the high level of sodium and calories in some of the menu options. Eating Well on the Road offers some insight into making healthy choices here.

The El Pollo Loco menu is fairly limited for vegans, but the food is freshly prepared, and fills your need for a burrito fix now and again. The BRC burrito includes cheese, so you’ll have to ask to skip that ingredient, but the rice and beans included are vegan.

If you want to skip the tortilla, have the rice and beans in a bowl, instead.

There are also a lot of salad options at El Pollo Loco, though all come with chicken or shrimp. But, even after removing the meat, these are better than average salads, including avocado, rice, cilantro, pico de gallo and black beans.

Check out the Lindora’s Lean for Life Weight Management recommendations for eating here if you are trying to cut calories. This program approves several menu items.

Another burger joint that seems a little out of place on this list, I know. But, sometimes, you’re just going to have to endure grabbing fast food with friends at a burger place. This is one that won’t disappoint in the food’s flavor.

The grilled portabella wrap at Cheeburger Cheeburger has all the meatiness and juiciness of a burger in vegan form. It’s also available as a sandwich, but the bun contains egg.

The veggie burger is vegan, but is served on the same bun as the portabella burger. There is also a chopped salad, portabella mushroom salad and veggie burger salad with a safe balsamic vinaigrette.

The French fries and onion rings are vegan, too. And of course, you can always learn more about their vegan and vegetarian options by asking your server for specifics.

Au Bon Pain is a great place for a hearty lunch of homemade soup. Several of their great soups happen to be vegan, including the Curried Rice and Lentil, White Bean, Black Bean, Barley and Lentil and French Moroccan Tomato Lentil.

In addition, Au Bon Pain has some snack options that are perfect for a mid afternoon pick me up. Choose from grapes, watermelon or strawberries if you want fruit, as well as muesli, nuts or popcorn.

Au Bon Pain’s food is a cut above most fast food, with soups and bread made fresh each day.

Jason’s Deli offers one of the best salad bars around, though not every item on the salad bar is vegan, or even vegetarian. But, many of the vegetables are organic, as is the guacamole and Balsamic dressing.

In addition to the items on the salad bar, Jason’s Deli offers several vegan soups, including the Organic Vegetable. Soups vary pretty widely by location, so be sure to ask.

The spinach veggie wrap is another great option if you remove the cheese. The hummus at Jason’s is top notch, too.

You can get a full review of the healthy and not so healthy options at Jason’s from Food Babe.

This is another favorite because the food is made fresh and doesn’t taste like fast food. The menu is varied and some items swap out seasonally.

Vegan options include gazpacho soup, three kinds of hummus, and sweet potato fries. You’ll also find a pasta pomodoro at The Daily Grill, as well as a pasta primavera for main entrée choices.

There is a grilled vegetable plate that changes to feature seasonal vegetables. The herbed brown rice with almonds is a good choice for your side.

Breakfast is also available here. You can read more about vegan breakfast choices in this review from I Heart Minneapolis.

Noodles & Company is my favorite fast food noodle shop. In addition to the fact that you can add tofu to any dish on the menu, it offers several vegan entrée choices.

The Japanese Pan Noodles are a favorite, as well as the Peanut Saute and the Whole Grain Tuscan Fresca sans cheese. The Chinese Chop Salad is vegan if you leave off the wontons.

I like the fact that this restaurant cooks in an open kitchen, so I can see what’s going on, and that each dish is prepared when I order. You can learn more about the options from this Chicago Tribune review.

Chipotle consistently ranks highly on any list of restaurant options for vegans. This is because the only options on their menu that aren’t vegan are the meats, the cheese and the sour cream.

Tofu Sofritas are fairly new to the Chipotle menu and not available at every location. Even if you choose a location that doesn’t offer tofu, however, you can load up on beans, rice and lots of fresh veggies for your burrito.

If you’re watching calories, remember that all of Chipotle’s burritos are available as bowls, too, so you can skip the carbs and calories in the tortilla.

My favorite food option for vegans is Kona Grill. Admittedly, it’s not really fast food, but it is very casual, and I love the variety in the menu, as well as the freshness of the food.

There’s vegan sushi, including a cucumber roll and an avocado roll. You’ll also find salads with vegan dressings, including the onion soy and the balsamic choices.

For main entrees, you can’t go wrong with the Pan Asian Noodles or the linguine with marinara sauce. There’s a long list of available veggie sides the Kona Grill menu, too.

VegLatino offers a great review of the vegan options at Kona Grill here.

Fortunately, eating out as a vegan isn’t nearly as difficult today as in the past. You still have to ask questions and request substitutions, but it’s much easier to find ready made vegan choices and to get restaurants to accommodate your requests. What are your favorite vegan options when you eat out? 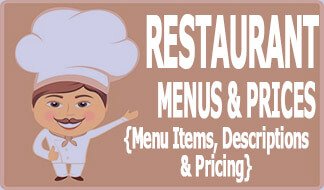 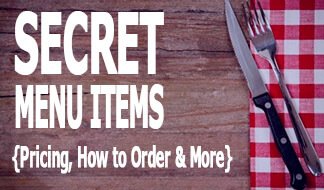